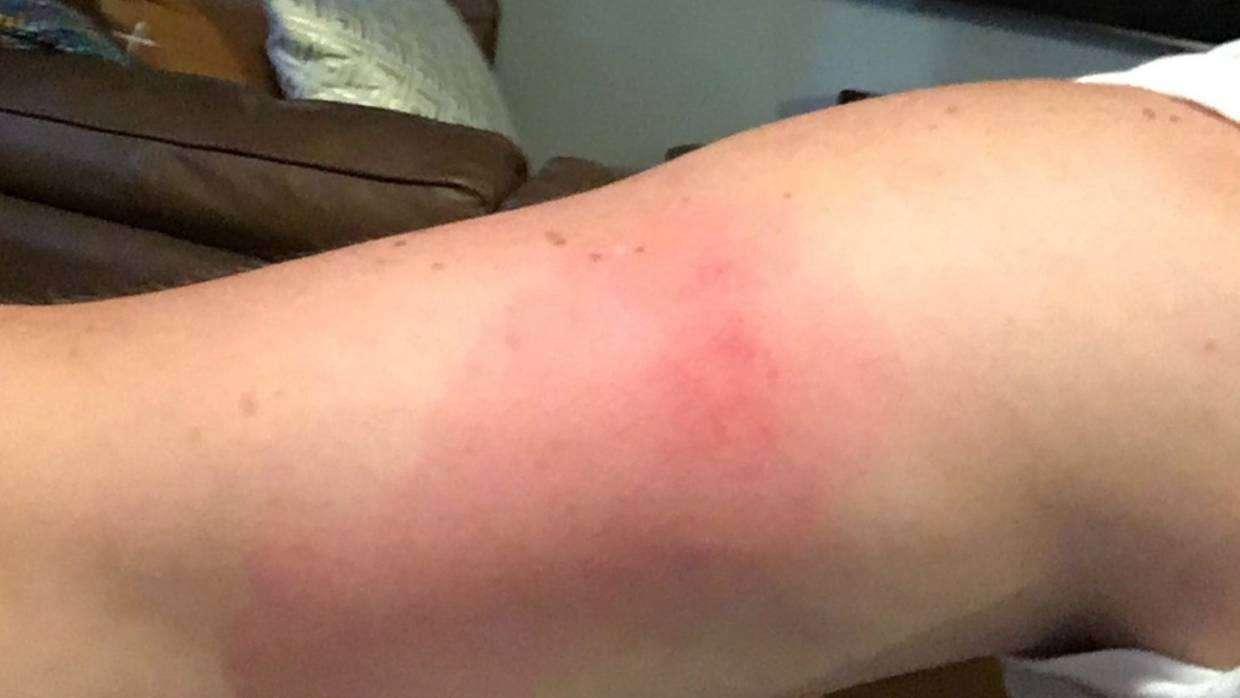 The white tailed spider is a small, harmless spider that is found throughout Australia. They are usually no more than 10mm long and are identifiable by their white tails. White tailed spiders are shy and generally avoid humans, but they will bite if threatened. Although their bites can be painful, they are not dangerous and there is no need to panic if you see one.

They carry a dark reddish to gray, cylindrical-shaped body, and dark brown banded legs. The gray abdomen bears two small, white spots with a single spot on the tip of the lateral half. In addition, the male has a raised, narrow plate on the abdomen. The Lampona cylindrata and L. murina species in southern Australia each look very similar to each other. Their stings have caused serious reaction. They are often found in the bottom of trees and shrubs as well as under stones, logs and other debris. They often hide under rocks or debris until they feel safe.

The white tailed spider is a small, but potentially dangerous spider that is found throughout Australia. These spiders are usually shy and will avoid confrontation, but they can bite humans if they feel threatened. The bites of white tailed spiders can cause severe pain, inflammation and tissue necrosis. In some cases, the bites may also lead to the development of lesions and ulcers. There is no specific treatment for white tailed spider bites, but antibiotics may be prescribed to prevent infection. White tailed spider venom is not highly toxic to humans and the effects of a bite are generally mild. Both the redback and white tailed spider display efficient hunting skills, with the latter being more adept at capturing its prey.

White tail spiders are commonly found in the south-eastern states of Australia, but there are a few that live in the north, including Sydney. The white tailed spider is also known as the "hairy white-tailed spider".

The white-tailed spider is a medium-sized spider that is found throughout Australia. They are often mistaken for brown recluse spiders, but they are not venomous. White-tailed spiders are harmless to humans and pets, and they prey on other insects. They build their webs in dark, secluded areas, such as in closets, under furniture, and in crevices.

White-tailed spiders reside in caves in human habitations, behind rocks, in piles of debris, beneath leaves and logs, and in abandoned houses. Also in the garden and shrubbery, as well as under bark or in cracks of rocks. They build their webs in dark, secluded areas, such as in closets, under furniture, and in crevices.

The white-tailed spider is not harmful to humans or pets. They prey on other insects, which they catch by stealth and ambush. They are partial to eating crickets and moths, but will also eat mealworms, grasshoppers and beetles. Because they have a tendency to wander around at night, they're house-hunting during the day, seeking their favorite prey, which are spiders.

The white-tailed spider's lifecycle consists of an egg sac, a larval stage, and an adult stage. The egg sac is attached to the surface of a web. The female deposits eggs in the sac, which hatch into spiderlings.  These specialised hairs on leg enable them to move comfortably over rough surfaces. They are able to make silk nests, each containing about 90 eggs. Their eggs are approximately 1.5 millimeters long, and they take approximately one month to hatch. The egg is white in color, and is surrounded by a hard shell made of calcium carbonate.

The white tailed spider (Latrodectus hasselti) is a small, black spider with a white band on its tail. These spiders build their webs in secluded, dark places such as sheds, garages and tree stumps. They are not aggressive and will only bite humans if they feel threatened. White tailed spider bites can cause pain, swelling and redness. Bites by a white-tailed spider can occasionally cause severe pain, followed by itching and swelling. Oftentimes, rumors circulate of local ulceration, blistering, a condition known as Necrotising Arachnidism. Studies have shown that skin ulceration is not common among the results of its bite.

Is the white tailed spider poisonous

The white tailed spider is not poisonous to humans. Its venom is so weak that there is little risk of an allergic reaction. However, some people may still be uncomfortable with the bite, especially if they feel that it has been infected.

While their bite is not dangerous, white-tailed spiders may cause some minor skin irritation. Should you need spider control call OCG on 98205534.